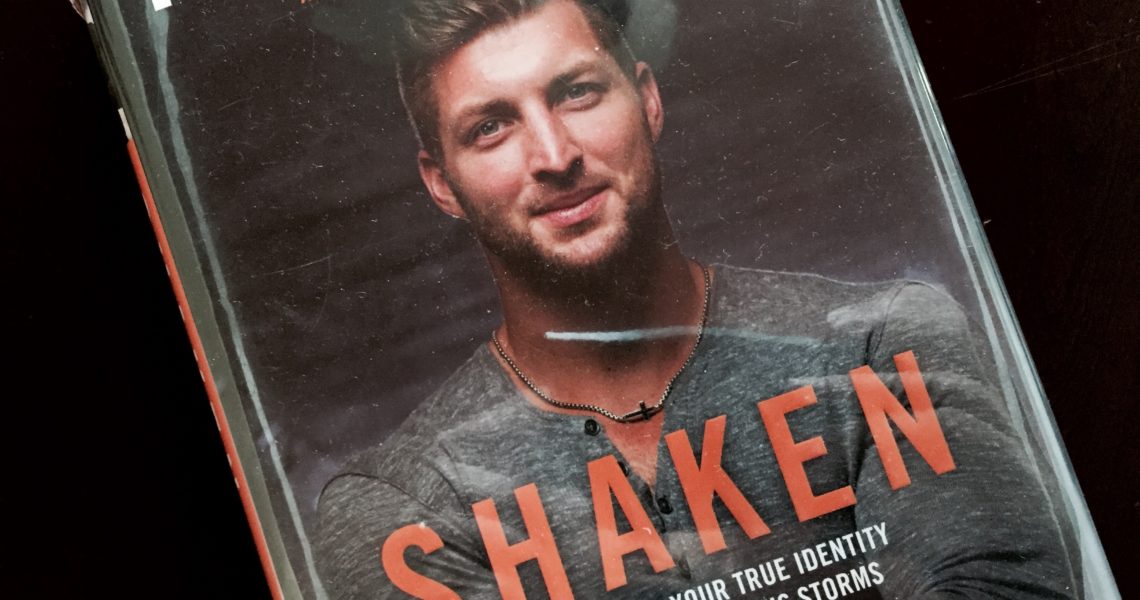 “The purpose of life is not to be happy. It is to be useful, to be honorable, to be compassionate, to have it make some difference that you have lived and lived well.”

I have never been a huge Tim Tebow fan personally, but I have always been fascinated by his story and, in many ways, have been able to relate to the pressures of pursuing and pleasing God in environments that did not choose to acknowledge Him. If anything, Tim’s life is a good example of someone having lived their entire life for one dream and then have it gone and there was nothing he could do about it. He kept His faith through it all, which I believe is a tribute to the resilience he has built within himself and through his reliance on God.

Though the book was not incredibly deep, there were a few stories that stuck out to me. Probably the most interesting was the story of Mark Stuart, lead singer for the Contemporary Christian group, Audio Adrenaline. At the height of his career and seventeen number one hits, Mark started experiencing weakness in is voice. For several years he tried to mask it and do everything he could to restore it, but it was not happening. Finally, he was “diagnosed with spasmodic dysphonia, an incurable disorder where the muscles in the voice box spasm.” Mark went on to create the Hands and Feet Project, an organization to help the people of Haiti. It was great story of losing one dream to grasp onto another – a perfect example of how God is always orchestrating our lives for His best. [The complete story is in the images below]

Another story was about a man named Brad. Ever since he was a boy, he wanted to be a fire fighter. After high school, he went to New Orleans to help with Hurricane Katrina victims. He went with a construction company for a few months with the promise of $12,000. He was going to use the money to put himself through the fire academy. Well, the long story is the company never paid him. He persevered. He worked hard to save up the money and put himself through. However, after three years of waiting, he never got a job as a firefighter. Some time later he found out he had Stage 4 Melanoma. Again, he fought through and came out cancer free.

“Today Brad is living a new vision, helping dreams come true at our foundation. God is using what he went through to teach the next generation. He didn’t waste Brad’s life or take away his dream. He changed Brad’s heart and gave him an opportunity to make a difference in a new way.” p118

Tebow goes on to say that it is all about perspective, not knowing so much who you are, but Whose you are.

“Sometimes we get so caught up in this kind of mental funk that we forget that those around us are going through a hard time. Sometimes we just need, even for a minute, to stop. Step outside ourselves. Pay attention to the world around us. And do something, no matter how small, to lighten someone’s load. It’s about perspective.” p119

This book was a nice mental refresher of God’s faithfulness to provide and give new dreams when old one’s fade or are lost completely. Tebow has had great successes, but his failures have been pretty terrific as well. He did them all in the spotlight under incredible amounts of scrutiny. I admire his resilience and treasure the man he has become – to remain steadfast when your world is shaken.