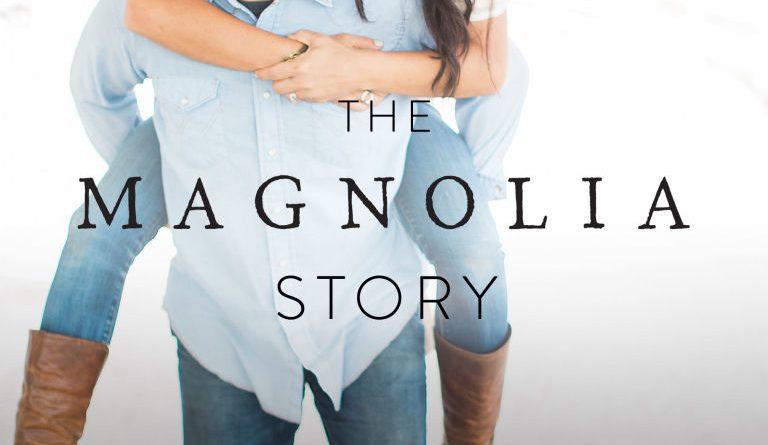 The book was perhaps my fastest read – one week. However, my wife read the 184 pages in one day. The book was an easy read, full of humor and real life engagement. The book gently, but confidently story’s their spiritual commitment that propels them through difficulty and doorways of blessing. This was perhaps one of the most fun books to read. I found so many similarities in the Gaines walk of faith and the Hays. So, Mark Dagostino (the co-author) successfully did his part in allowing the story to be both relatable and personal. Perhaps, one day Karen and I’s story will be able to be shared with such eloquence.

First off, Chip and Joanna are both writing this book. It is the first of it’s kind, I believe. You will read a few paragraphs by Joanna and then Chip will add a paragraph with his thoughts and insights. In fact, the book flows much like the show Fixer Upper. There is silliness, tenderness, and plenty of lessons learned in each chapter.

Perhaps, the most impactful chapter for me in the book was Chapter seven. Chapter seven shares the amazing story of a dream fulfilled, later lost, and then ultimately redeemed in an unexpected way.

Joanna shares her dream and first steps into entrepreneurship. She opened her dream store, Magnolia. The store began to experience success during that first year and had an even greater second year. Like all entrepreneurs, Joanna ran the store with her firstborn, Drake, on her hip. She had a friend that helped out at the store. To this day, that loyal friend remains part of the Gaines’ organization.

Joanna shares three stories of three separate times she hears God speak to her. This is one of those stories.

Pregnant with their second son and filling the weight of family and business, Joanna shares the experience of hearing the voice speak that it was time to close Magnolia and focus on her family. She shares how she came to bed that night and simple told Chip, “I’m closing the store.”

The next few paragraphs are her struggle to say goodbye to her dream.

They put the store up for sale and moved forward. However, the store did not sell. Months later, Chip was driving by with a friend in search of property for housing their building supplies. The friend casually asked about the store and suggested they use it for the new facility they were searching for. Chip could not believe he had not thought about that. So, the store was turned into Magnolia Homes, the build construction aspect of their business and Joanna assisted with design from home.

Fast forward to chapter thirteen, after all of the success of HGTV, Chip and Joanna were out of town for a wedding. She asked Chip to drop her off at a park for some thinking time. As soon as she sat, she heard that voice once again. This time the voice instructed her that it was time to reopen the store again. A full circle of redemption, a dream restored, and the restoration of that which was lost.

There are plenty of stories like this and what I would call evident God stories of His grace, restoration, and working while we wait and believe Him. Their story could be anyone’s story. It’s just a hind’s sight look at the whole picture.

Their passion is illustrated in their dream flower, Magnolia. It starts out as a bulb, hard and tight. Then, suddenly it blossoms into a big beautiful flower.

This is a great book for anyone with a dream and has experienced lost and setbacks along the way. You never know when your worst possible moment will become the turning point and catalyst that sets a new projection for your life -one that you had unknowingly been preparing a lifetime for.