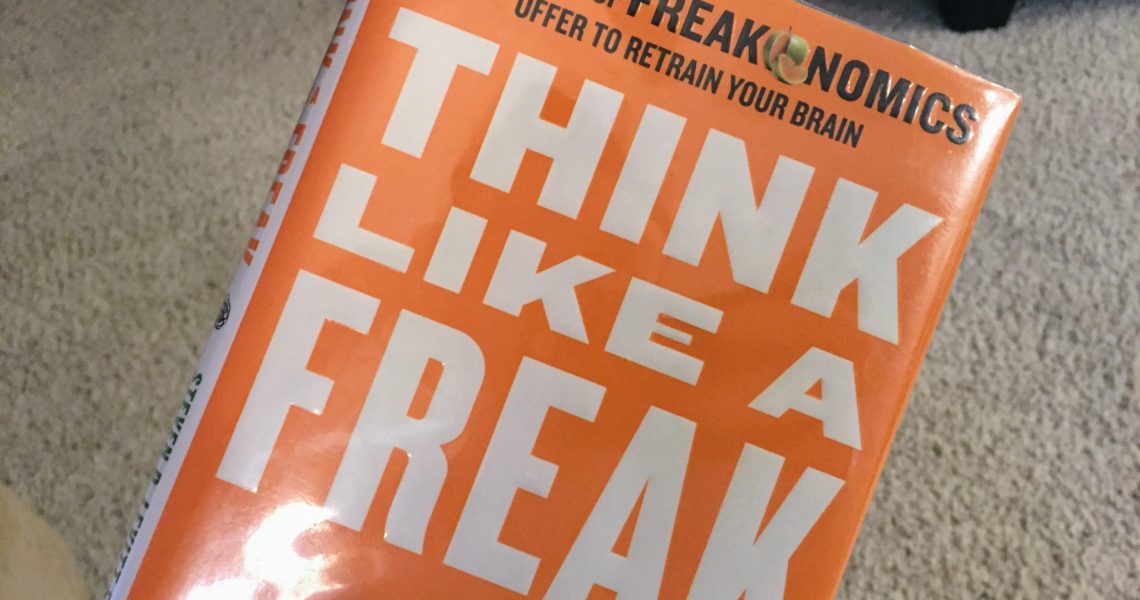 This is my first read of a Freakonomics book. It was not the best book of the year by far, but it was interesting and portions of the book were definitely intriguing. So, I’ll highlight a few of the topics that I found interesting.

In 1960, the crime rate suddenly began to climb reaching its peak in the 1980s where it stayed consistently for the next decade. However, in 1990, it began to fall and kept falling. Many would think it was either: tight gun laws vs more police officers, a surging economy vs more people sent to prison, or more capital punishment vs the decline of the crack-cocaine market. All of these has some impact, but not any significant data could be drawn from it.

However, the book identifies what it perceives as the mission factor: the legalization of abortion in the 1970s. As a pro-life individual, I was intrigued by this conclusion.

A rise in abortion meant that fewer unwanted children were being born, which meant fewer children growing up in the sort of difficult circumstances that increase the likelihood of criminality. [Page 69]

They identify abortion as a “mechanism”, but what was the root cause?

So what was the root cause? Simply this: too many children were being brought up in bad environments that led them to crime. As the first post-abortion generation came of age, it included fewer children who’d been raised in such environments. [Page 69]

This creates credence to the belief that how you raise a child is a great determinator of how they will act in society. Could it be as simple as good parenting creates healthy adults?

Vision: The Inexpensive Solution to Education

Trillions of dollars have been spent to “fix” the education system in the US – smaller classes, better curricula, more testing, etc. However, the very students themselves are often overlooked and that could be the missing ingredient to increased learning.

One in four children, it turns out, has subpar eyesight, while a whopping 60% of “problem learners” have trouble seeing. If you can’t see well, you won’t read well, and that makes school extra hard. [Page 91]

Vision screening is basically absent from routine testing done in school. The book shares a story of three people who noticed this trend in China and did some hands-on research in Gansu, a poor and remote province.

Out of roughly 2,500 fourth-, fifth-, and sixth- graders there who needed eyeglasses, only 59 wore them. So the economists ran an experiment. They offered free eyeglasses to half the students and let the other half carry on as before. The cost, about $15 per pair of glasses, was covered by a World Bank research grant.

… After wearing glasses for a year, their test scores showed they’d learned 25 to 50 percent more than their uncorrected peers. Thanks to a $15 pair of glasses! [Page 91, 92]

This particular issue is very close to my heart and further solidifies the strong desire I have to make vision screening a routine test provided to all students and especially those that are struggling in school.

The book provides many other useful antidotes of information, everything from rethinking a problem by looking at it from different perspectives (using a hotdog eating competition) to game theory using Solomon’s wisdom to divide a child in a maternity case. It was a nice read which offered alternative ways of thought to everyday problems and issues in an effort to make you think differently, aka like a freak.